If you have a workshop, then you will most likely need a miter saw. They are designed to create items such as window casings, door frames, crown molding, picture frames, and the like. There are different types of miter saws which include the compound and double bevel.

The main difference between a compound vs double bevel miter saw is that the blade head of the compound type can be tilted only to one side whereas on the latter you can pivot the blade to either left or right to cut bevels. The advantage of a double bevel miter saw is that you can cut bevels at whatever angle you desire without having to remove the piece.

Before getting to the details, it pays to understand what the terms miter and bevel cuts mean. Basically, this type of saw can make what is known as a miter cut, which is an angled cut across the width of the material. You see this type of cut when you see two pieces of wood or material with a 45-degree angle that allows them to join up, such as with a picture frame.

A bevel cut goes through the thickness of the board at an angle. If you see a doorstop, then you will see a bevel cut. The miter and bevel cuts can be combined which is known as a compound cut.

Refer to our miter saw guide to see the different types of cuts you can do with this power saw.
Miter saws despite their similarities do have differences. Knowing what each one does will help you make the best-informed decision about which is right for your needs.

This is the most basic type of saw. A compound saw has a rotating table that lets you cut different miter angles, and it will tilt in a single direction which allows it to cut a bevel.

You can cut all sorts of miter and bevel cuts with this saw. The only limitation is that the blade head tilts only in one direction.

If you need to cut two different angles along width and thickness, such as if you are creating crown molding, then a compound mitre saw is a good choice.

A dual or double bevel miter saw is a compound miter saw that can tilt its blade head in both directions. That means the blade will tilt either left or right to do the bevel cuts.

Advantages of Double Bevel Saw: The double bevel miter saw blade offers the advantage of cutting bevels at any angle desired while keeping the work in place. While the compound miter saw is more limited, requiring you to remove and replace the work if you want to cut bevels at angles that otherwise cannot be accomplished.

There is also the sliding compound miter saw, which allows you to move your work either forwards or backward along the track. The result is that you can cut wider pieces of wood compared to standard saws.

First, a single bevel miter saw and a compound miter saw are the same power tool. It has a swivel base that can be rotated in both directions. But the blade can be tilted only in one direction; usually towards your left-hand side.

As you can see the key difference between the two types of saws lies in the ability to tilt the blade head.

Ability to Cut from the Same Side

On a single bevel miter saw, when you want to cut different bevel angles on both ends of a workpiece, you may need to flip the workpiece.

Certain materials such as plywood can have splinter problems at the bottom of the cut especially if the blade is dull. In such cases, you might want to make all the cuts from the same side of the sheet or board to keep the visible side clean. The dual bevel miter saw enables you to make compound cuts without turning over the workpiece.

The differences do not stop with the different angles for creating bevels. There are other differences that you should know as well.

The single version is easier to move around because it weighs less and tends to be less bulky. If you are working on a job site, then the single version is probably the best bet since its lower weight and greater mobility make it simpler to transport.

As expected, the single version requires less training to learn and use. The process is straightforward and quite intuitive when you want to make repeated cuts of the same angles.

However, it gets complicated when you want to cut different compound angles on both ends of the work. In such cases, the double bevel version makes it easy. This means that for the type of work it performs compared to the single bevel, it is a more complicated power saw.

Imagine you are working indoor in tight spaces. The long crown molding needs bevels to be cut on both ends. With a single bevel model, you need sufficient working space on both sides of the saw to accommodate the length of the workpiece.

The double bevel saw, on the other hand, gives you the freedom to work with space only on one side to accommodate workpiece length.

The single version is considerably less in cost. This makes it an attractive option, especially for those who are just getting started. The calculations will be different for those doing professional work.

Is a Double Bevel Miter Saw Worth the Cost?

Probably not for DIY enthusiasts and homeowners. Unless you are dedicated to your workshop and create items or serve your community, it is difficult to understand why spending the additional money will be worth obtaining a double bevel miter saw. Yes, it does make the work go somewhat faster, but not in a significant way if woodworking is a hobby.

The bottom line, it’s your money. If you are just getting started, then stay away from the double bevel version. Once your shop starts developing the need, then you can invest in a good double bevel type saw.

If you are making the decision to purchase a miter saw but are unsure of which type of best for you, here are a few tips that will help you better make a decision when it comes to the right type of saw.

10” or Less: Unless you are running a professional workshop, you should stick to a miter saw that is 10” or less depending on your needs. This is because the 12” versions are simply too large and expensive compared to the relatively small gain of the extra two inches. 10” is about right and offers better attributes when working with smaller items.
Additionally most table saws use 10-inch blades. So you can you the same blade on your miter saw and table saw to save money.

Portability: If you need to carry your miter saw and can live with a smaller size than 10”, there are cordless versions of 7 ½” that are available. They are small and limited, but for those who need to be on the move, you can use them in areas where larger versions are more difficult to set up.

Plus, because they are battery-powered, you do not have to worry about having a steady electrical supply. Simply charge up the battery and keep a spare or two on hand for extended work. Many of these portable versions use batteries that power other tools of their brand as well, making them even more versatile and convenient.

Compound or Double Bevel? Which Miter Saw is Best?

If price is no issue, then a dual compound sliding miter saw offers the greatest versatility. You can make longer cuts with fewer issues compared to any other type of miter saws.

A dual compound miter saw is the way to go if you want to cut wide boards, 4x4s, fence boards, etc.

It is more expensive, and you need more working space, but the results will be worth it if the money you spend is not that important. 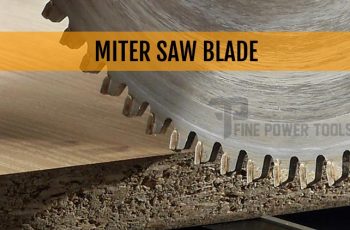 This miter saw blade guide should help you to pick … 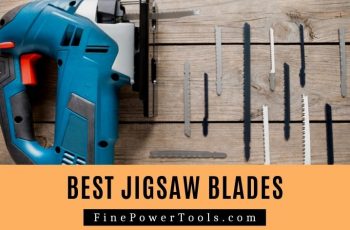 How to choose the most appropriate jigsaw blade for your …