Sandblasting, or abrasive blasting as it is often called is one of the more common uses of an air compressor.

Sanding blasting is the process of utilizing compressed air to hurtle fine abrasive materials such as sand on to the workpiece to remove rust, paint, scales formed by heat treatment, oil and grease stains, etc. The power of the pressurized air allows you to quickly clean, smooth, and shape a wide variety of surfaces.

However, just because it is a common air compressor job, doesn’t mean that every air compressor is equally well-suited to doing said job. In this article, I’m going to look at air compressors specifically from the perspective of someone who is primarily going to be doing sandblasting.

The size of an air compressor for sandblasting depends on three factors: the nozzle size of the sandblaster, CFM (air volume), and PSI (Air pressure). For a small sandblasting work that uses #2 nozzle (1/8”), you need an air compressor that can deliver 20 CFM @100 PSI. Bigger jobs with #4 nozzle (1/4”) require 80 CFM @ 100 PSI and heavy-duty jobs the utilize #6 nozzle or more need 175 CFM and above at 90 PSI.

Please note that similar to spray painting, sandblasting requires a continuous supply of air, and hence the tank capacity is also important.

Another factor that many people often overlook is that, with the way sandblasting works, it is very common that the orifice of the nozzle gets worn out and becomes larger. A larger diameter nozzle would require a higher volume of air (CFM) to successfully perform its task.

Here are the best air compressor for sandblasting that I found best for small and medium-size industries including automotive work.

The Dewalt that can deliver an output volume of 35 CFM at 100 PSI and a maximum air pressure of 175 PSI is good for most small and medium-duty sandblasting jobs.

My absolute go-to option for sandblasting would be the Quincy QT-54 Splash Lubricated Reciprocating Air Compressor. This is a high-quality, all-around great option. However, this vertical compressor has lower CFM output when compared to Dewalt.

This is a 60-gallon air compressor. While everyone has their own preferences when it comes to capacity, I think 60 gallons is a great size for sandblasting. The same goes for the CFM output of the air compressor. As I said earlier, you want a minimum of 10 CFM from your air compressor. The Quincy QT-54 outputs close to 16 CFM, which is a decent number for DIY sandblasting work.

It is also just a very well-built air compressor overall. It offers great performance and it should last you quite a long time as mine has held up very well through heavy use.

If you absolutely need a high capacity air compressor, then you might want to try the Industrial Air. This horizontal air compressor, as you can see from the product name, boasts an impressive 120-gallon tank.

Now, full disclosure, I personally have not used this air compressor. The reason for this is that I don’t personally think 120 gallons is necessary for something like sandblasting. However, everyone’s opinion may differ. I canvassed some friends to find out what they thought a good high-capacity option was, and this was recommended.

Besides its high capacity, they also find that the power output of the Industrial Air is more than adequate. At 35 CFM @ 100 PSI, it is as powerful as my personal favorite, the Dewalt, and the price is also fairly close. I can’t imagine you going wrong with either of these two air compressors.

Are you looking for an extremely powerful compressor that can provide pressurized air for a whole shop or factory? Check out this model.

The HPDAVV 50 HP unit delivers an air volume of 219 CFM with a maximum air pressure of 150 psi. This is a unit that not many of you would need unless you are running a dedicated sandblasting unit or autobody workshop.

If you are in a jam and need something that is both budget and space-conscious, then you might want to consider giving the NorthStar a try. This isn’t the most powerful compressor around (it only has a power output of around 14 CFM), but it is still a decent option overall.

But the key feature that makes this unit is attractive is its portability. It is a gas-powered portable air compressor with a 163CC Honda engine.

The V-shaped cylinder orientation and oversized flywheel design keep the temperature of the unit well under control. This is a relatively small, well-built compact air compressor.

I have used the NorthStar, and while the power output is a slight problem for sandblasting, I also recognize that this is the best option for those who may need a truly portable unit.

Likewise, it is also fairly cheap as far air compressors go. I understand that not everyone operates on the same budget, so sometimes you have to make do with sub-optimal tools in the name of making money.
The only complaint I have is sometimes it takes a couple of tries for the Honda engine to get started.

In this section of the article, I’m going to talk about some of the features that you should look for when buying an air compressor specifically for sandblasting. Like I’ve said before, air compressors have a lot of features and not all of them are of equal use when it comes to sandblasting.

If you have ever used an air compressor before, or if you are familiar with how they work, then you no doubt know what CFM refers to and why it is important.

Cubic feet per minute is one of the most difficult important things to keep in mind when evaluating any air compressor. However, it takes on special importance when trying to find an air compressor for sandblasting.

Why is this the case exactly? Well, sandblasting works best when you are using an air compressor with a fairly high CFM output. Air compressors can vary wildly when it comes to this metric.

Some air compressors hover around the 3-5 CFM range. While those are good for some jobs such as nailing, for sandblasting you want an air compressor that has a minimum of around 10 CFM. Ideally, you would find one that goes up to 20 CFM.

Because sandblasting is such a high-intensity job, having an air compressor with a high CFM is crucial.

The CFM requirement depends on the diameter of the nozzle orifice. The larger the nozzle hole diameter, the more air volume is needed.

The following chart should give you an idea when selecting the compressor for your sandblaster.

Like a lot of power tools, those in the market for an air compressor have to make a choice between whether they go with a gas-powered model or an electric one.

Electric models have their advantages, including cost and convenience (no fumes, no need to buy gas, and lower maintenance costs involved).

Sandblasting isn’t generally a quick job. It is similar to painting in the sense that you are probably going to be at it for a while. Because of this, you need an air compressor that has the tank capacity to keep going throughout the entire job.

I personally place a high emphasis on the capacity of an air compressor because I hate having to stop in the middle of sandblasting because the tank can’t keep up with the job. The same goes for painting as well.

While I doubt that many of you need to be told this, I want to reiterate that when you are using an air compressor for something like sandblasting, that you want to do it in as wide open of an area as possible. Likewise, find a way to quickly get rid of dust shavings before they build-up and cause actual problems.

Conclusion
By using the tips that I have given you in this article, you should be able to easily pick out a really good air compressor that will make sandblasting extremely easy. 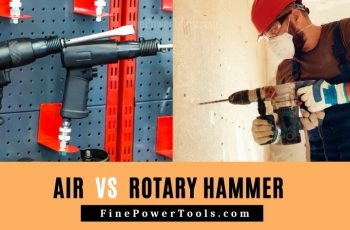 What can you use an air hammer for? How does … 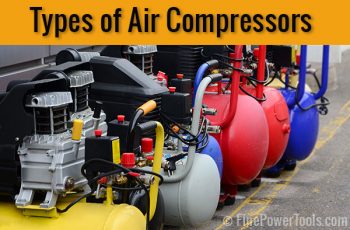 A detailed guide on various air compressor types and their …