One of the more obscure tools out there is the drywall screw gun. Typically, when people work on drywall, the first tool that they reach for is the drill. This lets you quickly bore a hole and put screws in, so it makes sense. But the drywall or sheetrock screw gun actually makes putting screws in drywall a lot easier.

However, in my experience, despite how useful the tool is, most people aren’t all that familiar with the drywall screw gun. So, I wanted to introduce you to this tool, as well as talk about the various benefits of this tool. Finally, I also want to talk about when using a drill is still the better option.

What Is A Drywall Screw Gun?

An electric drywall screw gun is a specialty power tool that is designed to drive drywall screws into gypsum boards or sheetrock. The key feature of this tool is its ability to set the depth of penetration. It has an adjustable depth nose-piece on which the screws are loaded.

I don’t doubt that some of you have encountered a drywall screw gun before, but this isn’t exactly a popular tool, so many of you probably haven’t actually used one before. In my experiences, the prevailing wisdom when it comes to working on drywall is still to reach for a drill. So, I wanted to make sure that everyone knows just how useful this tool can be when it comes to working on drywall.

A drywall screw gun, from afar, looks pretty much like an electric drill. It has a grip, a trigger, and a nose that is shaped like the one on a drill. In fact, the only thing that distinguishes it from a drill is the lack of a drill chuck. Functionally that is really the key difference between the two tools. A drywall screw gun doesn’t drill holes with a drill bit; instead, it is designed to drive screws into the material (mostly drywall). Most professional screw guns even have automatic screw feeders so that you don’t need to insert a new one each time you pull the trigger.

How do Screw Guns work?

One question that may spring to mind if you aren’t familiar with these tools is, “well, how do you control how far it goes?” The answer is quite simple actually. Pretty much every screw gun has an adjustable nose cone that lets you control how deep the screw is driven. Unlike a drill, the screw gun will always drive the screw to the exact depth that you have set.

Here is a video that explains how does the drywall screw gun works and how it is different from regular drills.

How to Set the Depth?
Below the nose tip, you have the nose-cone. As you rotate the nose cone, the shoulder around the Philips bit moves in and out, and you can fine-tune it to the correct depth.

When you push the tool into the sheetrock, the screw penetrates into it. As soon as the nose touches the sheetrock, the set depth is reached, and the clutch releases automatically. So all the screws have their heads flushed just below the gypsum board surface. This eliminated the chances of getting drywall pops problem.

The built-in clutch mechanism is a crucial part of this tool. You can pull and lock the trigger to keep the motor on, but the driver bit will not rotate until you push it against the sheet which engages the clutch.

Advantages of Using A Screw Gun over Drill

Alright, so now that you know what this tool is, the question becomes “why would I use this over a regular power drill?” Well, there are a number of advantages to using a screw gun as opposed to a power drill, especially when working with drywall. In particular, there are two big advantages that I think would make both professionals and amateurs alike want to consider giving a screw gun a try.

The first major advantage without a doubt is consistency. With a drill, you have to sort of just know how far you are drilling and know when to stop. This doesn’t cause issues with most materials as they can afford to have holes of varying depth. However, it can cause an issue with drywall. If you drill too far into drywall, it can severely damage it.

As I mentioned earlier, when using a drywall screw gun, you simply set the depth on the nose of the tool, and it will always put the screw at that depth. There is no risk of over drilling and damaging the drywall like there is with a power drill.
If you drive the screw too much into the drywall the paper that is holding the gypsum will get torn. This will reduce the strength or in extreme cases damages the sheet around the screw hole.

Ease of Use and Speed

The third major advantage is speed. With a drill, you have to manually put a screw in each time you use the drill. Obviously, there are some tricks that you can use to speed the process up, but if you are working on a lot of drywall at once, it will end up being a slow process no matter what you do.

As I said earlier on in the article, most screw guns have a way for you to load a bunch of screws at once. Many high-end screw guns are equipped with automatic feeders with which you can use collated nails. So, you don’t have to stop to reload after each screw. You can work on multiple pieces of drywall without stopping.

If you are working on a lot of drywall for some reason (say because you are a professional contractor) you will be amazed at how much time you save by using a drywall screw gun.

The whole tool is ergonomically designed so that you can hold the tool in your palm and the shaft on the tool is aligned in line with your arm. This makes it very easy to position the tool straight and square to the gypsum sheet.

Advantages of Using A Drill

Even though I personally prefer using a screw gun for working on drywall, I won’t pretend that there aren’t some advantages to doing it the good old-fashioned way by using a drill.

For starters, drills are typically more powerful than screw guns. However, your typical drywall screws don’t need a lot of torque to drive through the gypsum board.

Power tools such as cordless drills and impact drivers can deliver higher amount of torque. If you are doing a job that requires a lot of torque, then a power drill is going to end up being the best option by far. Plus, drills often have a lot of settings that you can play around with, so you can adjust parameters like torque and speed. Screw guns have settings that you can adjust, but they typically come nowhere close to the number of options that a good power drill gives you.

Power drills are also more versatile tools, which is what makes them good for so many different people. Both amateurs and professionals alike can get a lot of use out of a good power drill. Likewise, a variety of different jobs require a power drill, so you will always benefit from having one on hand.

A drill should be the first power tool anyone should get their hands on.

Finally, because drywall screw guns are such a niche tool and drills aren’t, drills are a lot easier and cheaper to find. It’s a lot easier to find an affordable, all-around drill than it is to find a really affordable screw gun. Plus, your average hardware store will have a lot more drills for you to compare than they will screw guns.

Major Differences between A Drywall Screw Gun And A Drill

How to Use a Drywall Screw Gun?

This is one power tool where experience and regular practice really matters. There is a learning curve to get used to this tool and I have seen new users often getting frustrated with their tool.

That said here are the steps you should follow to use the drywall screw gun effectively and efficiently.

Use the drywall nails or screws with the right length. Keep in mind that the longer screw has a tendency to fold over when you use a power tool to fasten them.

As a general rule, use 1-¼ inch long screws for ½ inch drywall. Thicker sheets require longer screws. In case you are hanging double layer, then use the shorter recommended screw for the first layer and use the 1-⅝ inch screw for layer two.

Do not go straight to working with the gypsum board on the ceilings. Always start slow until getting the hang of this tool.

When/Who Should Go For Screw Gun And/Or Drill

In general, if you are doing a job that you know requires precision and driving screws into the material, then a screw gun is the best option. However, if you aren’t exactly sure what the job entails, then a drill is a more versatile tool and, therefore, a bit more useful.

While anyone can benefit from using a screw gun, professional contractors who are continually working with delicate material like drywall and who are continually driving screws in will get more use out of a screw gun than an amateur DIYer, who probably isn’t constantly driving screws into sensitive material. Hence, if you are an amateur DIYer, think hard about what sorts of jobs you do and ask yourself if you really need a screw gun, or if you are good with just sticking with a drill.

If you are a professional contractor, then a screw gun is always a good investment. For everyone else, a good cordless drill is a better choice. 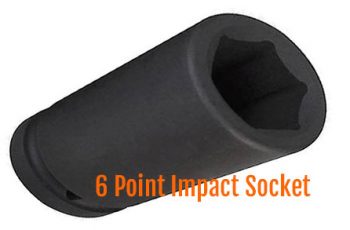 There are many types of powered tools that can be … 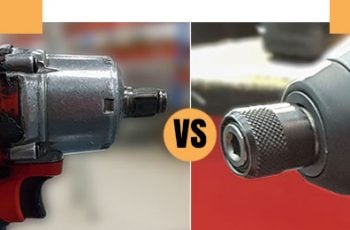 Impact wrenches and drivers: Got confused between the two? This …