A die grinder and a Dremel tool are similar in appearance and their working principles are also comparable. So what’s the difference between the two?

Something that could potentially be really confusing if you aren’t familiar with the intricacies of various power tools is the difference between die grinders and Dremel rotary tools (also often referred to as “Dremels”). This becomes even more confusing when you consider that quite a few people use the words “Dremel” and “die grinder” interchangeably on the internet. At one point, I also found it very difficult to find a definitive answer as to what the differences are between a die grinder and a Dremel are.

In this article, I’m going into detail of what separates these two tools.

In case you don’t want to read the details, here is a quick comparison chart between the two tools.

For Who? Best for home users and fine detail work.Suitable for heavy-duty industrial operations.

So, rather than explaining each tool to you individually, I’m going to jump straight into clarifying the key differences between the two.

Probably the most obvious difference is that while die grinders are a type of tool, Dremels are not technically tools, they are a brand. While people usually have a very specific kind of tool in mind when they talk about “Dremels,” the reality is that Dremel manufactures a wide array of different tools. Most of them tend to be oscillating tools or rotary tools of some sort.

One of the main differences between the two lies in how each is powered. Die grinders come in two types, pneumatic (powered with an air compressor) and electric. Generally speaking, the pneumatic kinds are more popular and a lot more common, but electric models aren’t rare by any means. Cordless versions are also getting popular.

On the other hand, Dremel tools are almost always powered by electricity. Because of the type of tools that they are, they don’t really need the extra power provided by air compressors.

In terms of size, the die grinder is a much larger power tool. Your typical die grinder will be a lot larger than your typical Dremel tool. This is somewhat interesting since if you know anything about angle grinders, then you know that those are sort of a bigger “version” of die grinders. In this case, while there are differences between die grinders and Dremel tools, you can sort of think of die grinders as a bigger version of the Dremel that accomplishes much of the same tasks.

As is generally the case with power tools, the smaller the power tool, the faster it works. This is true in this situation as well. Dremel tools, because they are a lot smaller, spin a lot faster than die grinders.

To give you an example of the speed disparity, your typical die grinder will have an RPM (revolutions per minute) of around 25,000. A typical Dremel tool will have an RPM of approximately 35,000 max. So, with an increase of about 10,000 RPM, you can easily see why Dremel tools are so much faster.

Keep in mind that Dremel rotary tool motors are designed for high rpm. The speed of them often starts from 5000 rpm. This means you cannot use for work that requires low speed and high torque. If you force the tool to take the heavy load at the lowest speed you could burn the motor up.

Obviously, power isn’t everything. Some jobs don’t require a lot of torque; instead, they may require more precision instead. Situations like that are where a Dremel tool will shine. If, however, a job requires raw power, then a die grinder is going to be the best option.

Don’t get me wrong, both die grinders and Dremel tools are incredibly versatile by the standards of power tools. Either one of these tools can be used to complete a wide variety of jobs, including grinding material down, cutting through material, sanding down wood or smoothing out metal, and much more. However, I feel that the size of the Dremel tool (they are generally pretty small as I mentioned earlier) does it hold back a tiny bit. It can be very useful, but the size will mean that isn’t as useful as the die grinder.

Die grinders are a sort of nice, “medium” size. They are small enough to be used in situations that require some degree of precision, while at the same time being big enough that using them on larger objects is possible. Trying to work on a large machine or automobile with a Dremel tool would be difficult because of the size, but that isn’t the case with the die grinder.

The next two factors are not directly related to the design of the tool, but the power source. The air and electric versions both have one distinct advantage each.

Do you have lots of cutting and grinding bits lying around that would like to use with your new rotary tool? Then you should know that the maximum shaft size the Dremel will accept is 1/8″ (approximately 3 mm).  This is good enough for small cutters and tool bits for fine work. However, most of the larger cutting bits have 1/4″ shank which you cannot use with the Dremel.

On the other hand, die grinders can accept both the small bits and bigger cutters.

Dremel offers variable speed that can be controlled accurately. This enables you to perform a wide variety of tasks on different materials. For example, when you polish a hardened die, you would need the polishing bit to spin at a very high speed. Compare that with woodworking where you have to lower the speed.

The pneumatic die grinders do not have the ability to control the speed accurately. Of course, you could adjust the flow of air to increase or reduce the speed; but it is not accurate. The electric and cordless grinders do provide variable speed options.

One of the advantages of the air tools is that the compressed air that flows through the tools keep it cool. On the other hand, electric and battery-powered cordless power tools tend to get heated when you use it continuously for a longer duration.

Since the die grinder is more powerful it can complete the task faster than Dremel. That means even if you are using an electric version, you tend to use the die grinder for less duration and hence less heat.

There you have it. The complete list of differences between a die grinder and a Dremel rotary tool.

You said 9 differences and it is 10 now. Yes, because I added this later.  For many of you, the price could be a deal-breaker. Air grinders are inexpensive tools. If your garage is equipped with a decent air compressor, then going for the pneumatic grinder is the most cost-effective option. Dremel with its variable speed electric motor is on the expensive side.

However, if you do not have an air compressor at your shop then you must factor the cost of the compressor as well. This will change the whole equation.

Which one should you buy?

Ultimately it is a personal choice. I am sure you saw the comparison between the die grinder and Dremel in detail by now. Pick the tool that suits your work.

Here is my recommendation.

Tool and die makers who work on large plastic molds, die-casting dies, etc would find that a die grinder is more useful than Dremel. 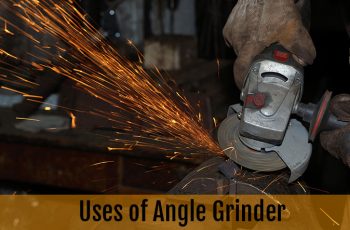 What is an angle grinder used for? Jump to 7 … 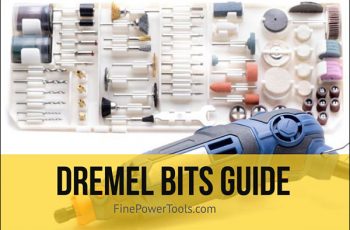 The complete guide to Dremel tool bits. See the list …