If you aren’t familiar with panel saws, don’t worry because in this article I will tell you everything that you need to know about this amazing power tool.

What is a Panel Saw and How Does it Work?

A panel saw is a machine tool that is designed to cut large panels of wood, MDF, plywood, etc. into small sections and to the desired size. A rotating circular saw blade is moved across the wooden panel to size it.

There are two types of panel saw.

The horizontal panel saws work in a very similar fashion to regular table saws. With a panel saw, there is a single spinning blade and the material is fed into it. So, in that sense, people who are used to cutting with a regular table saw will have no issues using this power saw.

On large-sized units, the workpiece is fixed on the table and the rotating blade is moved across it to make the cut.

How to Use a Panel Saw

Here is a video that explains how to use a horizontal saw.

A vertical model is the one that is often used by professionals. They require way less floor space when compared to the horizontal models.

Vertical panel saws can make two kinds of cuts, cross-cuts (which are vertical cuts) and strip cutting (which are horizontal cuts). In order to make the different kinds of cuts, all one has to do is reposition the saw blade. However, it is worth noting that because of the panel saw’s design, you can’t use vertical models to make angled cuts (also known as miter cuts), you still need a specialty miter saw or a circular saw to do that.

The problem with most table saws is that their table simply is not big enough to accommodate larger pieces of wood. So, when a carpenter or woodworker goes to push the wood into the blade, they have to be very careful.

Where a panel saw differs from a table saw, is in the actual size of the saw, more specifically, the panel saw’s table. They have a huge surface area, meaning you can easily fit an entire sheet of plywood (or any other kind of wood) on the surface of this saw. This makes it a lot easier for someone to accurately cut a large sheet of wood.

Uses of a Panel Saw

What is a panel saw used for? You could technically use a panel saw to cut any size of wood, but that would be missing the main point of this powerful saw. The main use of a panel saw is to cut large pieces (think at least as large as 4 feet by 8 feet, if not larger) of wood into smaller, more manageable pieces. A panel saw can be used in conjunction with other kinds of saws, such as regular table saws or miter saws, or it can be used on its own.

Unlike a lot of other saws, these saws tend to only be found in commercial settings. This is due to a variety of factors, including the size of your average panel saw, the cost associated with buying and running one, as well as the fact that most DIYers don’t tend to cut large pieces of wood. You will often find panel saws in hardware stores (where the employees use them to cut wood before selling it) or in factories. Now, I’m not saying that you can’t use panel saws at the home garage or that smalled sized saw for home users aren’t sold, they are, it is just that panel saws tend to be far more common in commercial settings than in DIY workshops or garages.

The biggest difference between the two kinds of saws is their design or appearance. A horizontal panel saw looks very similar to a table saw, except with a wider table. A vertical panel saw essentially looks like a giant, flat board with a saw attached to it. Vertical models actually need to be mounted on a wall to be used properly.

Obviously, the differences in appearance affect how each kind of saw functions. With a vertical panel saw, you have a lot more control over the blade itself and can easily reposition it. Likewise, because it is vertical, pushing the wood into the blade is a bit different. You have a bit less control over the wood because it is placed vertically, as opposed to horizontally.

Vertical table saws cut through wood panels with both accuracy and speed. There is a reason they are used in commercial settings. If you need to cut through a large amount of wood paneling in a short amount of time, then a vertical panel saw is your best bet.

The main downside to using a vertical panel saw is that there is nothing else really like it on the market, so they can be very difficult to use, especially for amateurs.

Horizontal panel saws function a lot like regular table saws, so they are really easy to start using. Eve an amateur DIYer can learn how to use a horizontal saw with ease.

However, the horizontal type can be difficult to fit into your standard workshop or garage. So, unless you have a particularly large work area, you might find it difficult to use a horizontal panel saw.

Conclusion:
This is everything you need to know about panel saws; so, next time you are in the market for a new power tool, see if a this saw is right for you.

Are you looking for a new miter saw fence to … 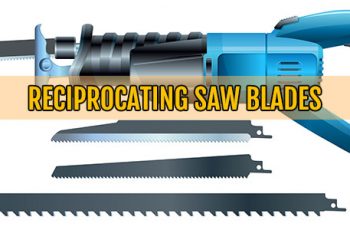 Which reciprocating saw blade is best for cutting metal, which …