The usefulness of a good impact driver cannot be overstated.

From driving long screws into the wood to trying to undo an over-torqued bolt or nut by hand would just be completely frustrating without an impact driver. Yes, an impact wrench is more powerful to remove fasteners. However, the impact drivers in 2020 can easily remove lug nuts on your car and many other everyday tasks.

Below are the best impact drivers that I have used so far. Here is a feature comparison chart that will help you pick the right tool.

Here are the best 5 impact wrenches available in 2020. These are handpicked from the tools I have used/tested and from the experiences shared by my friends.

This Dewalt Impact wrench has a compact design and efficient brushless motor. Function vise the tool delivers up to 1,825 in-lbs of torque and is equipped with variable speed ranging from 1000 to 3250 RPM.

There is a lot to like about the Dewalt impact driver. It is powerful and does the job quickly and efficiently. Really, that is the most important thing when dealing with an impact driver.

One of the advantages of an impact driver over drill is its ability to reach tight spaces. The Dewalt is lightweight and compact, so it is easy to maneuver into tight spaces and your hand will not be sore after a long day on the job.

I really liked that the Dewalt came with two rechargeable batteries, and they are good batteries as well. In my experiences, the Dewalt’s batteries had no issues holding a charge for a couple of hours.

Finally, the Dewalt has a helpful LED light on its body to help prevent shadows from obscuring your vision while you work.

The main complaint I have with the Dewalt DCF887 is the chuck wobble. A small amount of play is expected for any power tool. But this model has a bit too much wobble for my liking.

The earlier model worked perfectly with no wobble; however, they came with brushed motors.

Also, there was no indicator to let me know how close the battery was to dying. A battery dying in the middle of a job is very annoying, so it would have been nice to have some warning that the battery needs to be recharged.
That said, the Dewalt DCF887 is one of the best cordless impact drivers you can get.

The Milwaukee M18 Fuel series has been making waves in the power tool market and rightly so. Milwaukee makes quality tools that are really powerful. The Milwaukee 2853-20 is no exception.

The power of this Milwaukee impact tool is amazing. It delivers a whopping 2000 in-lbs torque that can handle even the toughest job. The tool comes with 4 modes; one for self-tapping screws and 3 other modes with different speeds and impacts rage. The tools supports all M18 18V Lithium-ion batteries from Milwaukee.

*Note: You need press the trigger more than half the way to get the self-tapping mode to work. This specific mode is meant to drive self-tapping screws up to 1-inch in length into 18-22 gauge metal sheet.

One of the most powerful cordless impact drivers in the market. With a length of just under 4.6-inches the tool is very compact and light-weight. It weighs approximately 2.2 lbs without the battery pack mounted.

It takes too much resistance for the impact mechanism to kick-in. I found that when I used it on short screws that didn’t require a lot of torque, it did not trigger the hammer and I ended up stripping the head of the screw. Nevertheless, there is a Self-Tapping screw mode which is specifically designed for such operations, which can come handy.
The Milwaukee 2853-20 is not an all-purpose swiss-army-knife type tool. However, for heavy-duty work, Milwaukee is fantastic.

Porter-Cable is another solid power tool brand. The PCCKK641 model has a maximum speed of 2,700 rpm and an output torque of 1,400 in-lbs. The tool has a very efficient brushless motor which becoming a standard now.

The Porter-Cable PCCK641LB is able to deliver a maximum of 1,450 lbs. of torque.

Another thing I really liked about this Porter-Cable impact driver is the placement of the control buttons. It is really easy to access the forward/reverse function because it is helpfully located right around the trigger. The chuck is also really easy to use, and you are even able to insert new bits with just one hand.

The Porter-Cable is a bit heavier than most other impact drivers.

Also, there is no way to control the speed, so you really have to be careful when pressing the trigger, otherwise, you will be stripping a lot of screws.

As always with Black & Decker products the main attraction is that it delivers decent quality and a good price. The Black & Decker can be found for around half the price of top impact drivers in the list. The quick-release chuck works flawlessly and the tool feels comfortable in hand.

Despite being so cheap, the quality of the impact driver is not bad, it can generate close to 1400 lbs. of torque, which is quite powerful. This is a great impact driver for those on a tight budget.

The battery does not last all that long. Also, I noticed that the outside casing of the impact driver was pretty flimsy. Given the price point, these flaws are to be expected, but they are still worth mentioning.

While the Makita XDT16Z doesn’t boast the torque output of the Milwaukee, an output torque of 1600 in-lbs is still plenty of power. You can easily replace your car tire with this small impact driver. It comes with 4 modes with different speeds and a quick-shift mode.

The tool simply works. The quality and precision of the Makita are exceptional. I like the assist-mode that drives at slow speed until the fastening stars and the auto-stop mode that stops the rotation when the fastener is sufficiently loosened. The variable speed mode button is conveniently located above the trigger.

Next, the rubberized body not only provides a good grip but also protects the tool from damages. Also, I found that the dual LED lights that is built-in the tool is quite useful at low light working conditions.

The only real complaint I have with Makita is it is a bit expensive.

There are several other good quality tools that didn’t make into the top 5 lists. They are not inferior by any means. It is just that I decided to pick the top 5 and present them to you first.
Here are some of them that are well worth the price.

The Bosch is incredibly lightweight and compact; you will have no issues using this one in tight spaces. It is probably the lightest and smallest impact driver on the market. Also, I really like that they included a battery life indicator on the side of the impact driver.

The power on the Bosch is really lacking. It is only able to generate a max torque of 930 lbs., which is well below what other impact drivers can generate. Also, the price is a bit high given how compact and how low the power is. For the same price, you could get a more powerful impact tool. I say only go for the Bosch if you need a compact and small impact driver or if you already own Bosch power tools. You will save some money by selecting the tool only option.

Makita makes great power tools, and this is no exception. It has variable speed settings, which is a feature that is missing on many other impact drivers. The Makita is extremely powerful, being able to generate 1,420 lbs. of torque. It is very easy to change out bits.

The price is amazing, it retails at a very affordable price, and the kit with 70 extra bits is well worth the money. That is a great price for an impact driver of this quality. Finally, the carrying case is well made, sturdy, and easy to pack and unpack. Overall, just a great impact driver.

I wish that the battery could afford to be a bit more powerful; and unfortunately, it costs quite a bit to get an extra battery that is compatible with the Makita.

Hope by now you picked the one the best for your needs. In case you are considering going to the store and trying it out yourself, I recommend you to read the impact driver buyers guide that I posted a while back. 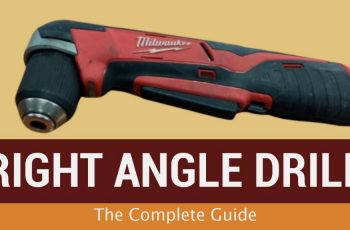 Ultimate guide on right angle drills. Learn about this specialty … 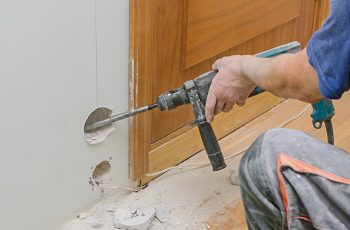 The complete guide on hammer drills. Learn what is it, … 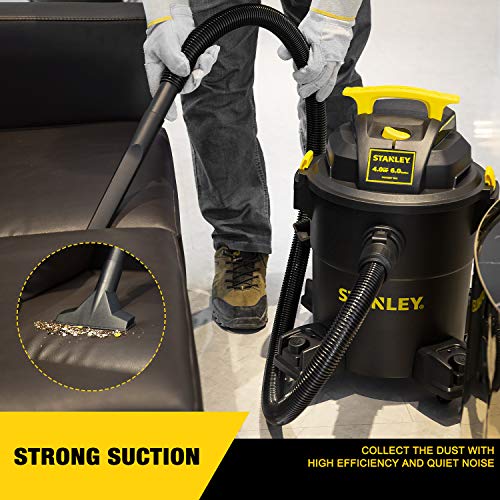