Spud wrenches are some of the most common types of wrenches available. They come in three different types. The ironworker’s spud wrench which is also known as a construction wrench. The second is the plumber’s spud wrench. And finally, there is the radiator valve spud wrench.

What is a Spud Wrench or Construction Wrench?

This is a standard box or adjustable wrench that comes with a tapered spike for the handle similar to a scaffold wrench. The spike can be used to line up the holes for bolts when installing parts, pipe fittings, and the like. You simply line up the holes with the spike, then flip the wrench around as you insert the bolt. Once in place, you tighten the bolt with the wrench.

The name “spud” comes from the Irish. They used a short dagger or knife they called a spud to dig up potatoes. Because the end of the wrench looked similar to the knife, the name spud caught on.

Although wrenches have been around for centuries, the spud wrench didn’t really come into its own until the early part of the 20th century. The massive building projects in the US meant that structural ironworkers were much in demand. For their dangerous work of putting together beams and girders on high rises, this type of wrench became quite popular.

The term ironworker’s spud wrench came from the ironworkers who made the wrench famous when lining up girders and beams to construct buildings. The toughness and durability of the wrench were perfect for working with large beams and girders.

The primary use of a spud wrench is to align holes in steel construction frames. Because during the assembly process it is difficult to get the holes to line up, a spud wrench is a perfect tool to ensure that alignment is achieved. The tool is strong enough to move even heavy frames, beams, and girders to make alignment possible.

Once it is aligned, a bolt can be placed through the hole. The wrench is then turned around to secure the bolt with a nut and washer on the other end. The simplicity and practicality of the spud wrench make the job go quickly and smoothly even when aligning heavy parts.

Plumbers use the spud wrench to loosen the spud nut that is found in toilets. But it can be used to tighten or remove many different types of nuts. For the installation of water heaters, radiators, and other large devices, the valve wrench is a handy tool.

A spud wrench is an open-ended wrench and thus can be used to tighten or loosen nuts, bolts, and other types of fasteners. While not as versatile in this regard as wrenches with an open end on one side and a closed-end on the other, it can be used as a traditional wrench. This means that when traveling a spud wrench is easy to carry and works well for most types of tightening and loosening work.

The spike end of the wrench can be used for widening holes or digging into softer material if needed. It is crafted from tool steel, so it can be used in a variety of ways. Although the wrench itself is not meant to be hammered like a Marlin-spike.

There are a few different types of spud wrenches that are available, although all of them use the same basic design of an open-ended wrench on one end and a spike on the other.

Sometimes called a crescent spud wrench, this has a wrench head that is versatile enough to be adjusted to different sizes. It has a fixed jaw and a moving jaw like regular crescent wrenches. This means that one wrench can be used to tighten or loosen nuts and bolts of many different sizes. The head of the wrench is angled for better torque capabilities.

The downside is that adjustable wrenches do not have the same solid grip as fixed wrenches, but the versatility is impressive.


As the name implies, the head of this type of spud wrench is offset compared to the handle or spike. This means that the wrench itself is not straight, but the handle is curved to provide for better torque when using the tool. While it cannot fit into the same tight places compared to a standard spud wrench, it may be easier to use in certain situations where a straight spud wrench is impractical.

Sometimes called a closet spud wrench, this is a tool that is somewhat different compared to a construction or ironworker’s wrench. Although interestingly enough both the plumber and ironworker spud wrench came along at roughly the same time.

In the early part of the 20th century, an inventor named Thomas Maddock created a wrench called the Maddock Spud. This was designed to work on pipes that had spuds on them. This was most associated with toilets which had a unique design.

The wrench was used to work the bolts, collar, and other pieces that were associated with the spud. The spud itself was the connection point between the toilet and the reserve tank. Over the past few decades, that particular design has fallen out of favor as new toilets have a different connection between the reserve tank and toilet.

Although the original design of a plumber’s spud wrench has changed over the years, it is still commonly used by plumbers, pipe-fitters, steamfitters, and the like. This is because plumbing design has changed considerably over the years which has made these types of wrenches for plumbers less useful. But they still have a role to play for plumbers, especially when dealing with older designs in plumbing.

Uses of Spud Wrench for Plumbing

In addition to construction, plumbing is where you will find different types of spud wrenches being used. They have been crafted to meet the needs of plumbers, matching the types of nuts, bolts, and fasteners common with plumbing products. Currently, there are three types of plumbing spud wrenches that are commonly used.

This is a wrench designed to get inside a bolt or similar part, connect, and move it from within. Because of its function, it does not look like a standard wrench at all. Instead, this type of spud wrench consists of a handle with tool at the end that spreads outward based on a screw drive.

This has the general appearance of a common wrench with a handle on one side and an expandable grip on the other. This type of wrench is used to grasp pipes, large nuts, bolts and the like to hold them in place or turn them so they can be attached or removed. This tool is rather narrow and thin in design so it can get at hard to reach places. But it is also fashioned from hardened metal to make it durable and effective.


The valve of a radiator is connected to the body by a spud. To remove the valve means that the spud has to be loosened. The wrench itself has grooves that run up and down the sides. The grooves will grip the pair of nubs found in the interior of the spud so that it can be tightened or loosened. This is why radiator spud wrenches are made from strong, durable metals such as zinc.

This particular tool is arguably less versatile compared to the Ironworker’s or Plumbing versions of the spud wrench. This is because of the unique spuds found on radiators which are unlike most other spuds found on construction and plumbing parts. This means that there is less crossover from the radiator versions to other industries.

However, it is possible to use some versions of the radiator spud wrench when working with parts that are similar to those found on radiators.

The simplicity and versatility of the spud wrench make it an excellent tool to use when tightening or loosening bolts, nuts, and fasteners. The spike end can be used to align holes in heavier parts and materials to make connecting them easier as well. 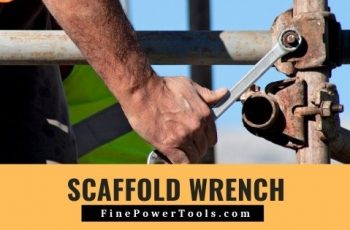 What type of wrench do you need for scaffolding and … 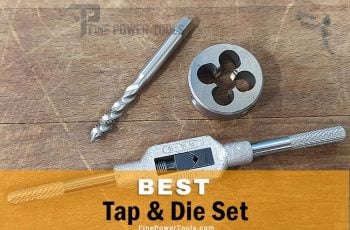 Tap and die sets are used to create threaded holes …